Just as the great ocean has one taste—the taste of salt,

even so, this Dhamma has one taste too—the taste of freedom.

Siddhartha Gotama, the historical Buddha, became enlightened more than 2,550 years ago in Bodhgaya, Northern India. He had not intended to establish a new religion, but out of compassion for all beings he decided to pass on his knowledge gained through enlightenment and thereby started to turn the wheel of Dhamma.

The teachings of the Buddha contain more than 84,000 of his lectures.

Buddhism has been adapted by the many different cultural societies it had been brought to. In the course of time, several major traditions have developed, all going back to the historical Buddha of our time.

In Austria, Buddhism has a history of more than 120 years. It was officially acknowledged as a religion by the government in 1983.

If you decide upon Buddhism as your religion than you have the opportunity to make it official by applying for membership in the ÖBR. 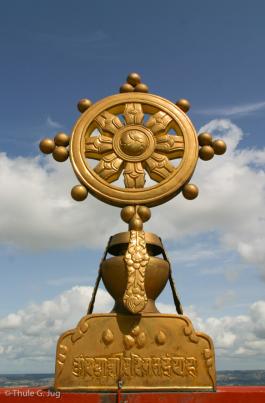