The Roots of Buddhism in Austria

The first historically documented contact of an Austrian with Buddhism occurred sometime in the 17th or 18th century when a Jesuit missionary came in contact with Vajrayana Buddhism somewhere deep in the Himalayan mountains. No more  details are mentioned in the chronicles. It is interesting though that today Vajrayana Buddhism has the greatest number of followers in Austria. Nonetheless, it took until the end of the 19th century before the first evidence of Buddhist activities in Austria could be found. It is the work of Karl Eugen Neumann, whose legal estate is stored in the Austrian Buddhist Union (ÖBR) archive. He was the first person to translate the Pali Canon into German.

The Pali Canon contains the original holy texts of Buddhism in the so-called Three-Fold Basket—: The Basket of Discourses, The Basket of the Discipline for Monks and Nuns, and The Basket of Higher Teachings.

At that time Buddhism aroused scientific rather than spiritual interest. Only after World War II did the first Buddhist groups establish themselves —the predecessors of today's Austrian Buddhist Union.

In the middle of the last century, this religion, with its completely new concepts and philosophical approaches, gained wider attention in the West. It is a religion without the belief in a creator god and without dogmatism. These aspects, so contrary to the Abrahamic religions, were exactly the reasons why people who had been disappointed  by their own religions were attracted to Buddhism and in this new religion they found a way to a new spiritual home.

Buddhism did not come to us through missionaries. It was first imported by scientists, and then religiously inspired people invited nuns and monks from Asia to introduce us to their teachings and Westerners travelled to Asia, to study the Dharma (the teachings), and then they became valuable teachers in Europe and also in Austria.

Before Buddhism spread to the West, it had mainly existed within its different traditions, isolated in the various countries where it had originally been practiced. Only after it had found its way into the West did these individual traditions meet; and thereby, a new form of development started. Up to this day there is no "Western" Buddhism. Each variation of Buddhism in the West has its roots in one of the different Asian traditions. They all co-exist here and are regarded as having equal value.

In 1983 Buddhism  was officially acknowledged by the Austrian government as a religion. In order to meet the normative requirements of the West, the Austrian Buddhist Society was founded as an umbrella organisation, under which all Buddhist traditions and groups in Austria could be united on par with all the other officially recognised religions in Austria.

Austria was one of the first countries in Europe where Buddhism became an officially recognised religion. This kind of recognition also demonstrates how peaceful and beneficial cooperation of various religions is possible.

For the ÖBR, this acknowledgement was a gift of great value, and equally, a huge responsibility towards both the state and Austrian society. This task, however, is not seen as a burden, but rather as a wonderful opportunity, since it is a part of Buddhist practice and of the Buddhist path to take care of the wellbeing of all sentient beings. Naturally, this  includes taking care of the welfare of the society in which the respective Sanghas (the Buddhist communities) exist. It is also the reason for the ÖBR’s many years of engagement in the European Buddhist Union.

The Austrian Buddhist Union has grown slowly but steadily  during the last decades, and so have its tasks and requirements. Buddhism in Austria was barely noticed by the general public when it started out. However, over time the tiny  sapling of the Buddha's teachings germinated and grew slowly, well-sheltered in private homes that were turned into temples. They  became the predecessors of today's Buddhist Centre in Vienna’s first district.

After the death of  its first president, Walter Karwath, the Austrian-born Zen monk, Osho Genro Koudela, presided over the ÖBR for 15 years. During his lengthy term in office, and thanks to his calm and careful management, the teachings of the Buddha in their huge variety of traditions were wholesomely established and developed. After him, his secretary general, Peter Riedl, followed as the third president. Since 2006 Gerhard Weissgrab has been the President of the ÖBR.

The important function of the ÖBR now is to give Buddhism in Austria a clear profile that can be identified by everybody. All fundamental and important authentic traditions must be preserved.  You will find them represented in the overview of all ÖBR groups.

We do not want to build a new “Western  Buddhism”. We aim instead to use the precious offerings of the different traditions in such a way that we, with our western way of thinking and cultural roots, may realise and practise the essence of the Buddha's teachings in their authentic form.

The teachings of the Buddha with their largely peaceful history and outstanding form of tolerance can make an especially significant and helpful contribution to society. Buddhism does not regard itself as the only true doctrine; rather it sees itself and all other religions as equal and equivalent pathways, which can offer people help in spiritual distress and, most pragmatically, with their daily burdens.

Buddhism does not regard itself as a rival to other religions but instead aims to offer an alternative to those who cannot find their paths there. It is not about who offers the better spiritual path, but about everyone finding the right one for themselves.

The future of Buddhism in Austria therefore lies in showing possible answers and ways for those who are searching and  to create the best possible conditions for this task is the central aim of the Austrian Buddhist Union. 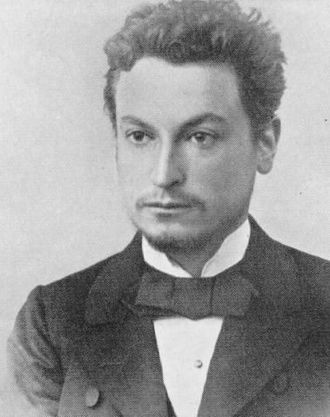 Neumann was the first person to translate most parts of the Pali Canon into German, and he is considered as an important pioneer of Buddhism in Europe.